OA2020 is a global initiative to propel open access forward by fostering and inciting the transformation of today’s scholarly journals from the current subscription (paywall) system to new open access publishing models that enable unrestricted use and re-use of scholarly outputs and assure transparency and sustainability of publishing costs.

Even though Open Access is now a shared vision of the world’s academic communities, research councils, and funding bodies, nearly 85% of the world’s scholarly outputs are still locked behind paywalls, inhibiting the full impact of research and putting enormous strain on institutional budgets.

The new publishing initiatives and other efforts of the past twenty years have made some headway, but progress is slow. In order to finally make Open Access the default in scholarly communications, we need a strategy that rapidly addresses the bulk of today’s scholarly journals. We cannot continue to sustain subscription price increases which monopolize institutional budgets, and we cannot wait any longer for the desired benefits of an open information environment.

Read an outline of the OA2020 approach in our Executive Summary.

The OA2020 Initiative was established at the 12th Berlin Open Access conference in 2015, where thought leaders in the global Open Access movement came together to deliberate on concrete actions that would finally offer an incisive, feasible and rapid path toward an open information environment.

Building on the 2003 Berlin Declaration on Open Access to Knowledge in the Sciences and Humanities, and the pursuant, urgent Mission Statement of 2013, OA2020 aims to accelerate the transition to open access by transforming the existing corpus of scientific journals from their current subscription system to open access.

The transformation envisioned by OA2020 is founded on analysis that shows there is already enough money within journal publishing to allow for a transition to open access that will be – at a minimum – cost-neutral. This analysis is outlined in a widely-read White Paper, published by the Max Planck Digital Library in April 2015.

While continuing to support the development of other open access strategies, OA2020 aims to

These goals have been set out in the Open Access 2020 Expression of Interest, endorsed by scores of scholarly organizations from five continents.

In a recent article, Bo-Christer Björk adapted Porter’s Five Forces framework to analyse the level of competition in today’s scholarly journal publishing business, noting that the lack of competition among the major subscription publishers neutralizes the other forces at play and prevents a large-scale shift to open access.

We have further adapted this widely-used business strategy development model to illustrate the vital role of the OA2020 Initiative within the broader Open Access ecosystem and how OA2020 works in synergy with a number of other OA strategies, strengthening them to exert greater pressure on the market from all sides. The natural outcome, in addition to finally and rapidly achieving open access on a large scale, will be transparency in costs which will foster much needed innovation in publishing models and services and healthy competition to control pricing.

Watch the brief video here to see how it works.

The power to change is in the hands of the academic community. The global research community can drive the transformation of scholarly communications by adopting a simple, common strategy: divest of subscriptions and invest in open access. There are any number of ways institutions can act on this strategy, systematically reducing the funds they invest in subscriptions and shifting those funds to support a variety of open access publishing models.

The target is clearly in our sights, as 80% of scholarly publishing lies with just a handful of publishers and a growing percentage of institutions whose scholarly outputs publishers depend upon, are embracing the OA2020 strategy. Further analysis shows that with commitments from a relatively small number of global research-intensive institutions, we could reach the turning point by our 2020 target.

Now is the time to act! The subscription system is showing unprecedented signs of vulnerability: other OA initiatives valiantly continue to chip away at the paywall, but, perhaps more significantly, a new generation of researchers are turning to pirate platforms to obtain published scientific outputs; a clear sign that the current subscription system is obsolete and unable to meet the demands of today’s scholars.

As more and more individual institutions and consortia join the OA2020 initiative, using their subscription expenditures as leverage to inject open access into the scholarly publishing system, our collective power and reach increases, like the payload of a catapult. With libraries and institutions acting as a crossbar to direct the potential of their expenditures to open access, we can deliver a final blow to bring down the paywall system and build a new open information environment.

Why do we need the OA2020 Initiative?

We are spending too much money. Even in stable economic environments, subscription prices have risen 60% in the past decade (versus ~16% of standard inflation) and continue to rise. But that is not all: “hybrid” publishing of OA articles in subscription journals has allowed publishers to the phenomenon of “double dipping”, in which publishers extract even more money from funders and the academic community.

We want to have more impact now. Over 15 years ago, the academic community defined what would be the terms of access to research in the 21st century: Open Access. Despite the many laudable efforts that have been undertaken in the past, only ~15% of research outputs are freely available on publication; at this rate, it will take decades before our research will be fully accessible and re-usable by the entire scientific community.

We want to take back the power. The current lack of competition allows an unchallenged oligopoly of “legacy” publishers to hold the vast majority of scientific articles in a subscription journal deadlock, obligating researchers to surrender full rights on the use and re-use of their work and extracting over $2 billion in profits annually, with profit margins of 30-40%, from libraries and their institutions.

We want to foster innovation. The paywall system is a relic of the print age, which hinders the full potential of digital environments and is out of sync with the demands of 21st century research, which should be based on ability to freely interrogate and share the worlds scientific outputs. We need innovative publishing services that will improve, not impede, the research process.

We need to rationalize our precious time. Funder, Institutional and discipline-based Repositories have their essential role in disseminating research, but they are slow to be populated and come with time-consuming and, often, confusing compliance and deposit processes that are frustrating for researchers and libraries alike.

We need a solution based on evidence. The MPDL White Paper illustrated that there is more than enough money in the publishing system to sustain a transformation of today’s scholarly journals from subscription to open access, and the Pay it Forward Project concluded with similar findings. The success of SCOAP3 is evidence that established journals can feasibly and sustainably be converted from subscription to open access.

We need to level the playing field. Researchers and, indeed, the majority of the world’s higher education systems, rely on the publishing services and brand value offered under the current journal system, but the market power of “legacy” publishers stands in the way of developing and adopting new forms of tenure and promotion.

We need a rapid, sustainable path to a fully Open Access environment. Pressure is building on all sides: disruptive elements like SciHub threaten to undermine the entire chain of scholarly communications and institutional budgets are stretched to the breaking point. A number of national HE and Library consortia have taken a giant first step forward, negotiating transitional “offset agreements”, but unless the community quickly and collectively moves on with a next step in the transition, we run the risk of even these initial agreements becoming “business as usual”.

The key to success is in the hands of the world’s research organizations, as they decide how to allocate their funds. A broad, global consensus among these organizations to withdraw all spending from journal subscriptions and re-allocate those resources to open access publishing initiatives and services in accordance with their own, community-specific OA publishing preferences .

Science and Society at Large will finally gain open access to the latest scientific research and the foundations for an innovative and transparent new world order in scholarly communications.

Impact and Effects
One of the key strategies of participants in OA2020 to drive the open access transition is to negotiate Transformative Agreements with subscription publishers in which former subscription expenditures are repurposed to remunerate publishers for open access publishing services. The transformative mechanism of these agreements is grounded in the evidence-based understanding that, globally, the amount of money currently paid in journal subscriptions, which amounts to an average cost of Euro 3800 per article, is amply sufficient to sustain open access publishing of the global scholarly article output. This strategy has been identified by cOAlition S as a route for compliance with the principles of Plan S and is increasingly being adopted by individual institutions and consortia around the world. The ESAC Initiative presents a growing body of evidence around the feasibility and positive impact of Transformative Agreements in rapidly growing the percentage of new research articles made openly available to scholars and citizens everywhere.

While Transformative Agreements are being implemented around the world by organizations large and small, some wonder about the feasibility, impact and effects of this strategy in contexts where institutions and scholars have less financial leverage—be it to pay for access to paywalled content or for publishing services, such as in Lower and Middle Income Countries (LMICs). The OA2020 LMIC Working Group is therefore collaborating with consortia, librarians and researchers in LMICs to gather data that will help the community propose and secure appropriate mechanisms to ensure that scholars everywhere benefit from the transition of subscription journals to open access. Read more about the work of the OA2020 LMIC Working Group here!

Click on the map below to see the OA2020 Signatories and network contacts in your area (then scroll down to see results displayed below the map).

View a full list of institutions and organizations that have endorsed the OA2020 Expression of Interest.

All OA2020 Signatories are invited to represent the interests of their local community in global OA2020 efforts. Representatives from signatory institutions may also volunteer to act as national or regional contact points; the network of contact points is the driving force behind OA2020 and is regularly convened to coordinate transformative activities. The community is further supported by an Advisory Group, mandated at the Berlin 13 conference in 2017, which provides strategic guidance in the progress of OA2020. 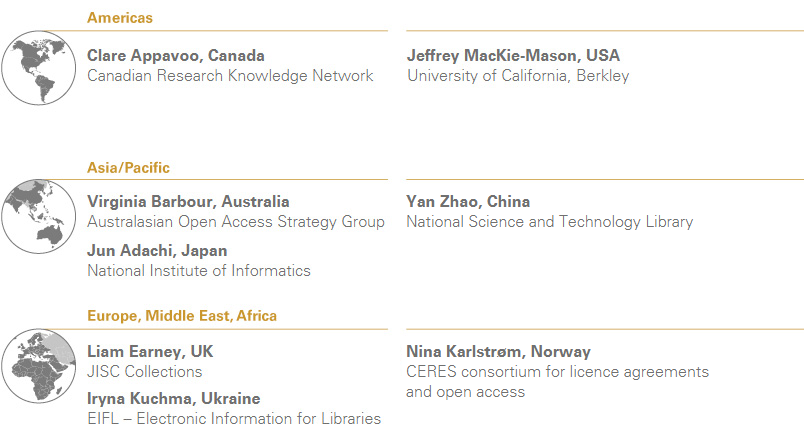 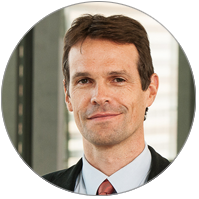 Prof. Dr. Ulrich Pöschl is a Scientific Member of the Max Planck Society, Director of Multiphase Chemistry Department of the Max Planck Institute for Chemistry, and professor at the Johannes Gutenberg University in Mainz, Germany. A pioneer of Open Science, Pöschl was the initiator of interactive open access publishing and peer review (multi-stage open peer review), first established with the international OA journal Atmospheric Chemistry and Physics (ACP), of which he is Chief Editor. He has also been involved in the launch of several other successful open access journals and greatly advanced open access in the earth and environmental sciences by serving as Chairman of the Publications Committee and Council Member of the European Geosciences Union. 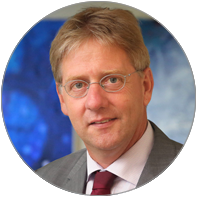 Prof. Gerard Meijer is Director of the Fritz Haber Institute (FHI) of the Max Planck Society in Berlin, Germany. His luminous scientific career and impactful research have earned him numerous recognitions among which being elected member of the Academia Europaea in 2013 and a royal decoration and conference of Knighthood in the Order of the Netherlands Lion in 2017. In 2012 he was appointed President of the Executive Board of Radboud University in Nijmegen and during his tenure lead, on behalf of the VSNU (Association of Universities in the Netherlands), the ground breaking negotiations with the major subscription publishers (most notably Elsevier), effectively taking the first step in the transition of today’s scholarly journals to Open Access. 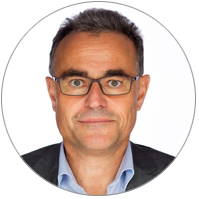 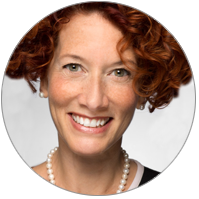 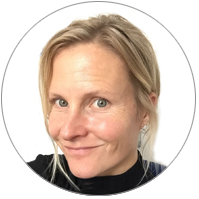 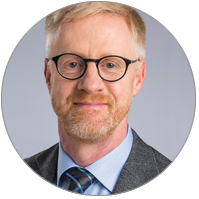